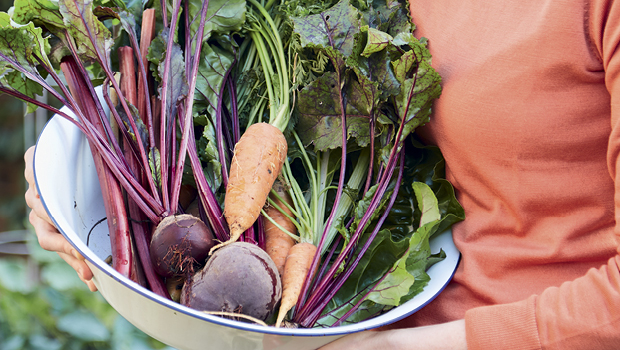 Justin Russell explains how to stagger planting times so you don’t end up with too little or too much of the vegies you love best.

Kirsten Bresciani To make more efficient use of space it pays to practice an old technique called succession planting, which is literally what the name suggests – staggering your planting of a particular vegie, such as carrots, so that the harvest is spread over a longer period. While you’re harvesting one crop, another is coming on to take it’s place. It means produce is ready for harvest over the space of months instead of weeks. In the case of quick growing, all-season plants like lettuces, a skilled succession planter could feasibly provide fresh salad leaves every day of the year. Here’s the basics
Succession step by step
Research and estimate how long a particular vegie crop will take from planting to maturity in your climate and situation. Work out how much of that crop your household will consume in a week, then use that figure to allocate space in a garden bed.
Here’s an example for bok choy that takes around a month to mature. If you eat lots of stir-fries and typically use four bok choy plants per week, allocate space for eight plants in the garden, plus room for a couple of extras in case of failure (if they all grow well, share with a neighbour).
A row about two metres long will accommodate 8–10 bok choy plants (adjust your row length according to the crop being grown). To provide space for subsequent crops, allocate space for another two rows of the same length adjacent to the first. Keep the soil protected in these future rows by covering with mulch. Plant up the first row with 8–10 seedlings. Two weeks later, plant up the second row with another 8–10 seedlings. Two weeks after planting the second row, plant the third row with another 8–10 seedlings.
Harvest the first row after about four weeks (adjust time to harvest according to the crop being grown). Harvest the second after about eight weeks and the third a couple of weeks later.
Rather than planting more seedlings into the first row, it’s time to implement your rotation plan. Prepare a new bed for more bok choy seedlings or take a break from bok choy and grow something different.
To read Justin’s article in full and learn more about things like selecting and sowing seeds and extending your harvest, get the latest issue of Organic Gardener, on sale now!